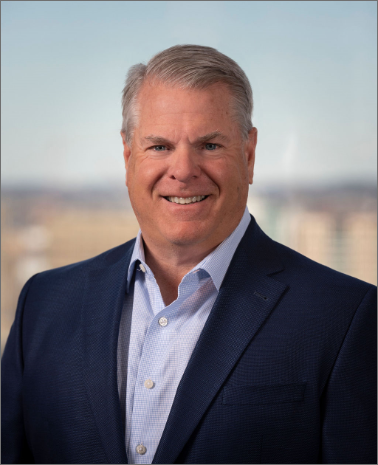 Dave Porter is the owner and Managing Partner of Baystate Financial, one of Massachusetts’ oldest and largest financial planning firms. In 1983, Dave began his career in the insurance industry in Philadelphia and moved to Washington, D.C in 1992 to operate his first agency. In 1996, he relocated to Boston where he was named Managing Partner of Baystate Financial, overseeing 49 advisors. Today, Baystate has over 300 advisors and has grown from one office in Boston to sixteen major offices throughout New England.

As an industry leader and innovator, Dave directs the development of the firm’s strategic outlook. Under his guidance, Baystate Financial has been recognized as one of Boston’s top places to work in both The Boston Globe and the Boston Business Journal. In 2011, Dave was recognized as one of three ‘Most Admired CEO’s’ by the Boston Business Journal. He has been an international speaker presenting on building financial services organizations and the convergence of banks, CPAs, insurance, and investment groups. In 2013 he authored “Where Winners Live” about accountability in the financial services industry and has sold over 45,000 copies.

Dave is passionate about his philosophy of “doing well by doing good”. He established the Baystate Financial Charitable Foundation in 1999, with a primary focus on supporting the many children’s charities in our local communities. He coordinates an annual holiday toy drive to benefit children in the Department of Children & Families, which has supplied thousands of gifts to foster children over the years. In 2004, he was one of the founding members of Friends of the Children—Boston, a nonprofit that hires mentors to work with the city’s most at-risk youth.

Dave serves as a Zoo New England Board Director and was Chairman for eight years. His other board membership includes Elon University in North Carolina where he is incoming Board Chair. His previous board memberships include Tufts Medical Center, Boston Police Athletic League, and YPO New England. Dave and his wife Jen are the proud parents of five children and two grandchildren. In addition to spending time with his family, he enjoys golf, skiing, and is a huge Bruce Springsteen fan.